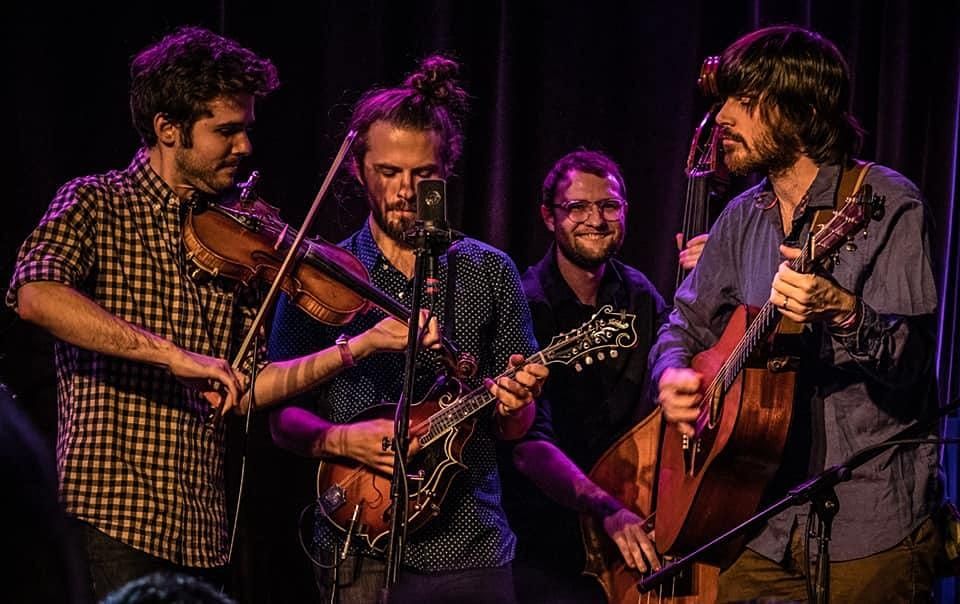 Jacob Jolliff is one of the world’s premier contemporary bluegrass mandolinists. A former member of Yonder Mountain String Band and Joy Kills Sorrow, his namesake solo project, The Jacob Jolliff Band, is the next generation of bluegrass supergroups, featuring a collective quartet of some of the most virtuosic and innovative young pickers from around the country.
Before joining Yonder in 2015, Jacob Jolliff founded the beloved New England roots band Joy Kills Sorrow while attending Berklee School of Music on a full scholarship. The band logged three records, hundreds of shows, and thousands of miles of worldwide touring. Named the National Mandolin Championship winner in 2012, Jolliff has since been a fixture of the national bluegrass community, and has collaborated and shared the stage with Darol Anger, Sam Bush, Ronnie McCoury, Jerry Douglas, Chris Thile, and David Grisman to name a few. When Joy Kills Sorrow disbanded in 2014, Jolliff got the call to join jamgrass giant Yonder Mountain String Band, who he remained with until 2020. Currently, Jacob lives in New York City, where he is continuously involved in various projects, recording sessions, and collaborations. The Jacob Jolliff Band assembles when schedules permit, for rare, not to be missed performances.