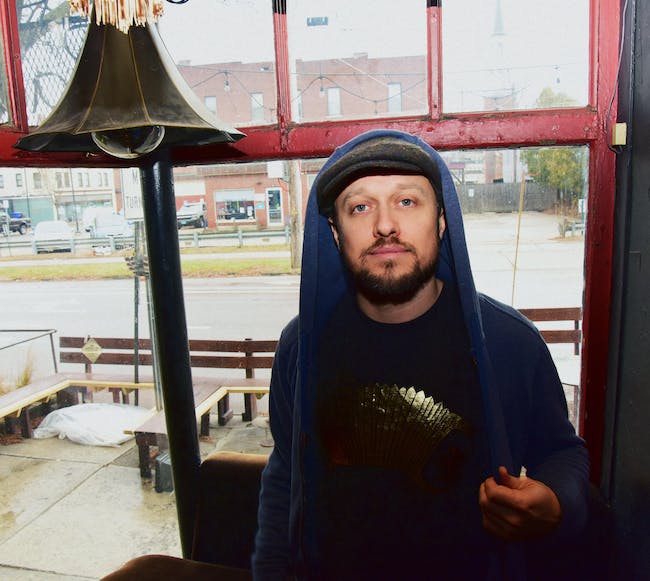 For as long as he can remember, Ryan Montbleau’s been a seeker. From the jungles of Peru to the volcanoes of Hawaii, from the beaches of Costa Rica to the streets of Brooklyn, from the backseat of a 16-passenger van to backstage at Carnegie Hall, the acclaimed singer/songwriter has spent much of his life crisscrossing the globe on a perpetual search for meaning, purpose, and understanding. It’s a quest that’s guided him both personally and professionally over the years, one that’s come to define not only his music, but his very sense of self. And yet, listening to Montbleau’s ambitious new multi-part album, Wood, Fire, Water, and Air, there is a profound sense of satisfaction in sitting still, a recognition that perhaps all those spiritual treasures he’s been chasing for so long were closer than he thought. “My whole adult life has been this journey of trying to figure out where home is,” Montbleau reflects. “I think I’ve finally found it.”
Set to roll out across four distinct EPs, Wood, Fire, Water, and Air marks Montbleau’s first studio release since putting down permanent roots in Burlington, Vermont, where he recently purchased a house after more than two decades of living on the road. While much of the material here was written in fits and starts over the past several years, it’s clear that the desire for stability was very much on Montbleau’s mind even before he settled on the banks of Lake Champlain, and the songs reflect a maturity and self-awareness that can only come from the difficult work of rigorous self-examination. Montbleau is quick to credit therapy for his growth of late, but he sings about more than just himself here, mixing sly humor and deep revelations as he meditates on the ties that bind all of us perfectly imperfect humans together. Taken as a whole, it’s a broad, insightful collection balancing boisterous rock and roll energy with intimate folk introspection, a sprawling, magnetic record all about listening, letting go, and living life.