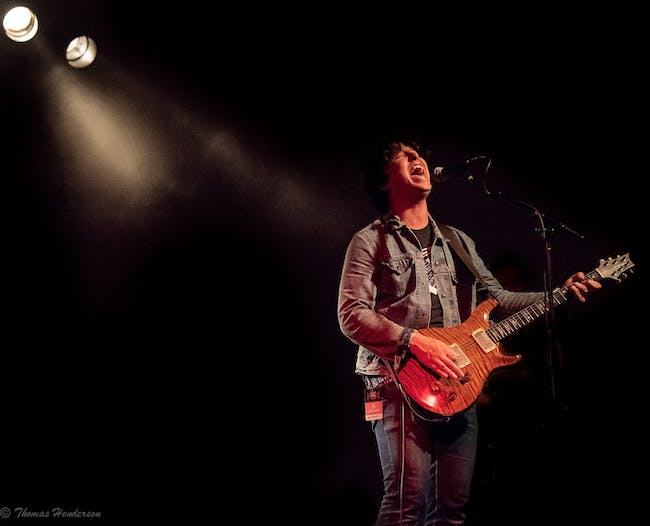 On his aptly-titled Mascot Records’ debut, What Happens Next, roots singer-songwriter and guitarist Davy Knowles boldly steps forward with timeless and cohesive songwriting; sleek modern production; and a lyrical, play-for-the-song guitar approach informed from soul, folk, rock, and blues. The 12-song album is just as influenced by The Black Keys, Fantastic Negrito, Gary Clark Jr., as it is Muddy Waters, Junior Kimbrough, and R.L. Burnside. It is a cohesive body of work rather than a collection of disparate songs. “I’ve always loved songs. When it came time to record this album, it was all about supporting the songs as opposed to ‘how quickly I can get to the guitar solo’,” the Isle of Man-born, Chicago, Illinois-based artist says laughing. “Not that there’s anything wrong with that—I’ve been there, done that!” He continues: “I’m not a purist, and the way for roots music to stay relevant is to adapt and progress. The ‘field hollers’ Alan Lomax recorded are worlds apart from Muddy Waters’ music, but they come from the same place.”