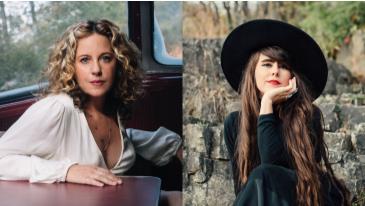 Singer-songwriter and multi-instrumentalist Amy Helm’s third album, What the Flood Leaves Behind, is her most autobiographical yet, both in content and creation. Out now via Renew Records/BMG, these 10 songs represent a gathering of ideas and experiences, friends and collaborators. Yet, the album also marks a landing — a pause for the traveling musician and mother of two young boys who was seeking clarity in her calling and career. After making multiple albums and performing in far-flung places, Helm returned home to Woodstock’s Levon Helm Studios just before the pandemic to record What the Flood Leaves Behind and reclaim a sense of self.

Kat Wright, Bob Wagner (guitar) and Josh Weinstein (bass) lean into their trio formation, showcasing their folky / rootsy selves, all stripped down, a triangulation of their strengths, their bareness, their imperfect humanness, their voices, their ferocious tenderness, their love of songs and singing and story.