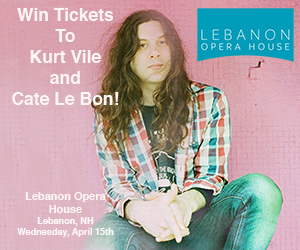 Travel can inspire in surprising ways: Kurt Vile discovered as much making his first record in three years, the eclectic and electrifying Bottle It In, which he recorded at various studios around the country. Every song, whether it’s a concise and catchy pop composition or a sprawling guitar epic, becomes a journey unto itself, taking unexpected detours, circuitous melodic avenues, or open-highway solos.

While writing the songs that would become her fifth album, Welsh singer-songwriter Cate Le Bon spent a year studying furniture-building at an English architecture school, living alone in a cabin in England’s rural Lake District. On Reward, Le Bon proves herself to be a canny architect of another kind: one gifted at making dense sonic arrangements feel somehow weightless.