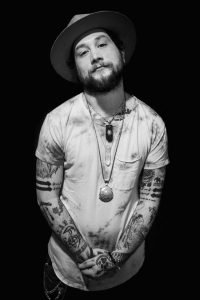 Since 2004, Mihali Savoulidis has consistently elevated Twiddle to unparalleled heights on the winds of his articulately nimble six-string sorcery, genre-bending essence, and soulful vocal eloquence. Amidst a steady stream of studio and live recordings, the group’s opus, Plump (Chapters 1 & 2) , bolstered their total stream tally past 50 million and counting as of 2020. However, Twiddle would be just one avenue for his creativity. Circa ten years ago, Mihali avoided working a day job between Twiddle tours by performing covers and originals throughout Vermont as a solo looping act . Along the way, audiences clamored for a possible solo album, which he delivers in 2020 with Breathe and Let Go.