Home » Events » The Head and the Heart – Shelburne Museum ***CANCELED***

The Head and the Heart – Shelburne Museum ***CANCELED*** 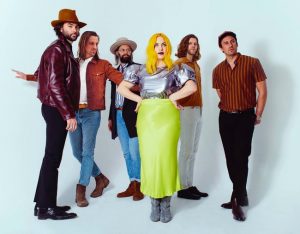 Ben and Jerry’s Concerts on The Green:

The Head and the Heart

The Head and The Heart are continuing their Living Mirage tour into 2020 with brand new dates just announced. Last year’s high-energy live show included two sold out nights at Red Rocks (the bands 5th and 6th sold out shows in the legendary venue), two sold out nights at the ACL Live at Moody Theatre in Austin, and more. Alongside the new tour dates in 2020, the band has just released the official video for “Honeybee,” starring the band’s own Charity Rose Thielen, directed by Clare Gillen with creative direction from Charity and Gilly Studio.